Cetaceans and Mammals of Scolt

Back
Scolt has a limited diversity of resident terrestrial mammals,various small mammals (mice and voles) Rabbit, Stoat and Fox, although various deer, foxes and other mammals often stray over at low tide, Common and Grey Seals are also regular but only wanderers to the island with no breeding colony's on the island and the odd very rare arctic seal would have almost certainly occurred on Scolt.
The only resident Cetacean offshore are Harbour Porpoise these appear to be getting rarer and are sighted offshore much less often in recent years, live stranding of Sowerby's Beaked Whale has occurred but sadly most other Whales and Dolphins have been that of dead animals washed ashore.
During the last 30 years these have included numerous Porpoise at least one Long Finned Pilot Whale, one Northern Bottlenose Whale, two adult male Sperm Whales and in October 2016 A 45ft Fin Whale spent the day drifting off the island before finally coming ashore at Gun Hill.
Live Cetaceans are always rare in the shallow seas off Norfolk, but rather than have a gallery full of images of dead animals I will also include any images I have of live cetaceans from Norfolk within this Gallery. Live sightings of large Cetaceans in Norfolk are very rare but in recent years a Humpback Whale was sighted of the east coast in Oct 2013 causing great exitement then returned briefly in 2014 and 15, and in November 2014 a pod off about 20 Long-finned Pilot Whales lingered off Salthouse and weybourne for an afternoon on the 11th. 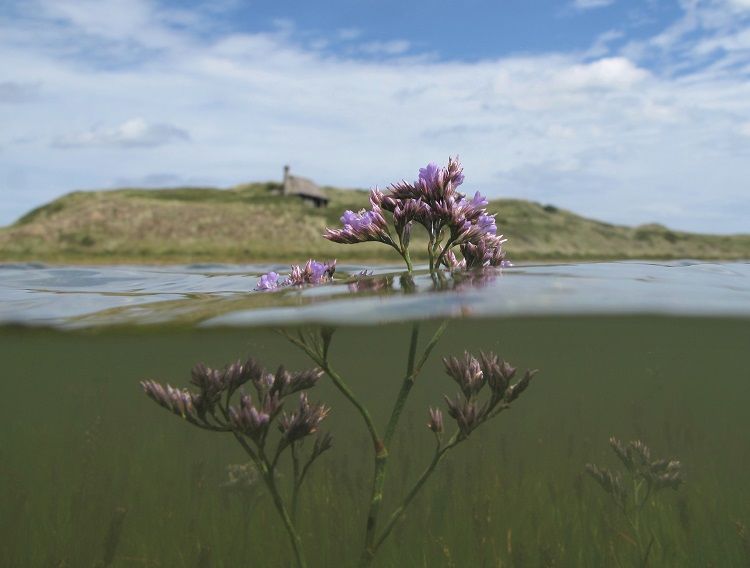